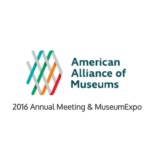 In this case study session, you will hear the story and lessons learned from what The Guardian called “the most visited and talked about public art installation for a generation”. In 2014, the Tower of London staged “Bloodswept Lands and Seas of Red”, in which 888,246 ceramic poppies were planted by volunteers in the Tower Moat during four months to commemorate the lives of British service personnel lost in the First World War. _x000D_The installation was seen by over five million people during four months and captured global imagination. All the poppies were sold, paying for the full exhibit costs and raising over $13 million for British military service charities. A live broadcast education program was seen by a million students around the world.